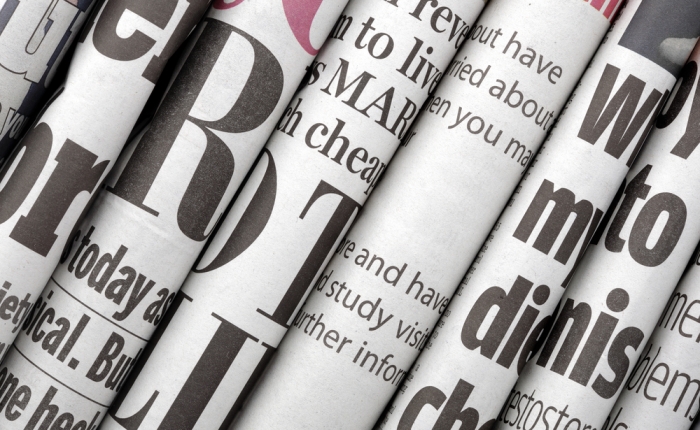 A utopia is an imagined community or society that possesses highly desirable or nearly perfect qualities. In Lois Lowry’s 1993 John Newbery Medal-winning novel, “The Giver,” the citizens feel no pain, they have no feelings. A dystopia is a utopia where things have gone wrong.

If the Bible is to be believed, the “Garden of Eden” was our utopia. When free will came into play, Eve gave Adam the fruit, and things went wrong. We live in a dystopia, things have gone wrong, a lot of things.

Today, on Facebook, I saw a video of an African American man talking about the Black Lives Matter “movement.” This man said that he would not stand up for the movement until they acknowledged the black on black violence that happens on a daily basis across the country. This man said that he would not stand with the protestors until someone could answer the question of why a little girl sitting on her dad’s lap was shot in the head in a drive-by shooting. A cop was not responsible for that shooting.

After seeing that video, I decided to do some research. I read some information on the Black Lives Matter website. I looked at the racial comparison between white and black arrests, and what those arrests were for. I read newspaper articles about the riots and shootings and assaults that have taken place under the “Black Lives Matter” name.

On the Black Lives Matter website, www.blacklivesmatter.com, you can find an article by Mary Hooks. In this article, Ms. Hooks tells the “siSTARS” to “avenge the sufferings of our ancestors,” tells the women to take with them “something sharp in ya’ boot” and “a handcuff key,” and finished the article with, “Now, go slay!” This is disturbing. On their site, at the bottom of any page, you can find the words: “Black Lives Matter is an online forum intended to build connections between Black people and our allies to fight anti-Black racism.” In my opinion, someone directing other people to go out prepared with something sharp and a handcuff key to “slay” and “avenge” doesn’t sound like fighting anti-Black racism. It sounds like going out with the intent to cause civil unrest in the community.

Black Lives Matter was founded in 2012 by Alicia Garza, Opal Tometi, and Patrisse Cullors after Trayvon Martin’s alleged killer George Zimmerman was acquitted of the murder and Martin was placed on trial posthumously for his own killing. The group grew after Ferguson police officer Darren Wilson shot and killed Michael Brown, an unarmed black 18-year-old. Following the shooting in Missouri, busloads of journalism students, black activists, and Fruit of Islam members flocked to Ferguson to participate in rallies and protests, and attend speeches. On www.colorlines.com, there are photos of children holding “No Justice = No Peace” signs. The mission of these people was to turn a local movement into a national movement. My question is, did they want the movement to be one of social unrest and chaos that is leading to even more racism?

Another reason could be the rate of pay for those who are employed. However, that’s not what the majority of “Black Lives Matter” affiliated stories or events are protesting. The riots, and even the group itself, was started because of “police brutality.” I’m not in any way saying those police officers are perfect. I am not claiming that the system is not flawed. I am saying that Black Lives Matter is providing people who are angry, or who feel discriminated against, or who believe that all their suffering is caused by cops, with a so-called movement to hide behind.

The riots going on in Charlotte seem like a foreshadowing of what is to come. It’s a repeat of the riots that occurred in April 1968, when Dr. Martin Luther King Jr. was assassinated. For a week following the assassination, there were riots in 125 major cities. Like now, the riots occurred during a year of a presidential election and affected the outcome of that election. Spiro Agnew knew what the people wanted and told them he’d give it to them. Together, Agnew and Richard Nixon, who had previously avoided talk of civil rights, captured the people’s attention by playing into what they wanted the most, racial justice.

My point in bringing up the 1968 riots is to show that this unrest has been going on for decades, centuries even. The Civil War was started because of racial discrimination and injustice. Racism and the relevant issues have been around for centuries. This isn’t something that will disappear overnight. However, the riots in the streets of Charlotte and the chaos in other parts of the country are not going to make it better.

In my neighborhood, which is predominately African American, I am scared to walk down the road. This afternoon, I walked to the store and a car was following me in the parking lot. That right there should show you that I am frightened, that I believed some car was following me. In reality, they were looking for a parking spot. I walk down the street in this neighborhood, tense, while in fear that one of the cars passing me will have someone in it, who has a gun, and who believes that shooting me will support “Black Lives Matter.” In Florida, there has been graffiti saying “Kill White People.” (Silva) For some reason, several African Americans believe things will be made better for them if white people get killed also. They don’t see that acting like barbaric criminals will only make things worse. The Black Lives Matter website says that they are approaching this issue of racism with dignity. I do not see the dignity behind 6 teenagers, 2 of whom were white, jumping 7 white teenagers in the name of Black Lives Matter. If your issue is with police or with unemployment or whatever you claim it is now, why are you beating up teenagers who have done nothing to you? (Cleveland 19 Digital Team)

I could continue to go on with times when “Black Lives Matter” had nothing to do with police brutality or racial discrimination. If anything, people were being discriminated against by blacks for not being black. One such time would be when a Marine veteran in McDonald’s was robbed by a group of teenagers. (Hoilman) I could also tell you about a time when my sister was beaten up and told she wasn’t allowed to have an opinion on “Black Lives Matter” because she was a white female and doesn’t know what it’s like to be discriminated against.

I fully support equal rights for all races, including African-Americans. I do not support using a “movement” as a way to discriminate. I do not support beating up veterans who fought for the rights we have. Rights that include people of race being able to express their opinion of dissatisfaction with how they’re being treated. I do not support police brutality. I do not support the twisting of facts or leaving out key elements, like how more blacks die because of homicide from other blacks than by the hand of whites. Also, more police caused deaths are at the hand of black police officers than white cops. Sadly, I accept that the probability of this issue being resolved during my life is slim. However, I hope that my kids will not grow up in a world where things like this happen. The root of this problem is the segregating of one person from another in the first place. All lives matter, regardless of color or age or sexuality or religion. It is not up to one race to decide the other race is not worthy of living.

Hoilman, Carly. Marine Vet Says Group of Teens Harassed Him While He Was Eating — He Woke Up a Short Time Later and Pieced Things Together. 16 February 2016. 28 September 2016. <http://www.theblaze.com/stories/2016/02/16/marine-vet-says-group-of-teens-harassed-him-while-he-was-eating-he-woke-up-a-short-time-later-and-pieced-things-together/&gt;.

I wrote this for my creative writing class also. It was in response to a prompt where I had to write about a newsworthy current event. It was written on 9/28/16

I don’t understand what is so delicious about hot fudge sundae poptarts, but I cannot stop eating them. I woke up this morning and the first thought I had was that I wanted a poptart. Not to mention the two packs I ate last night during the hockey game.

It was the Ottawa Senators and my Pittsburgh  Penguins, at home in Pittsburgh. I was aggravated as all get out because I turned the game on, channel NBC, and what was playing? Golf. That’s right. Golf was on. I went on my facebook and into my Penguins group and people were going insane. Anywho, 23 minutes later, NBC finally switches over to the hockey game. The Penguins pushed back puck drop to 7:30 so we didn’t miss a thing (:

Yet the entire time I was watching the game, all I wanted to do was eat. If it wasn’t those damn poptarts, it was the Ruffles or some of the veggies I have in the fridge. All I want to do is eat. Even know, I’m trying my hardest not to eat because I just ate breakfast. I don’t want to gain a lot of “fat” weight during the pregnancy. I was 113 at the beginning  (I’m a very small person, only 5’1) and I’m guessing at my appointment on Tuesday I’ll be up to 118 or so… I’m only 10 weeks so I shouldn’t really see any weight gain, but with the way I’m eating it’s unavoidable.